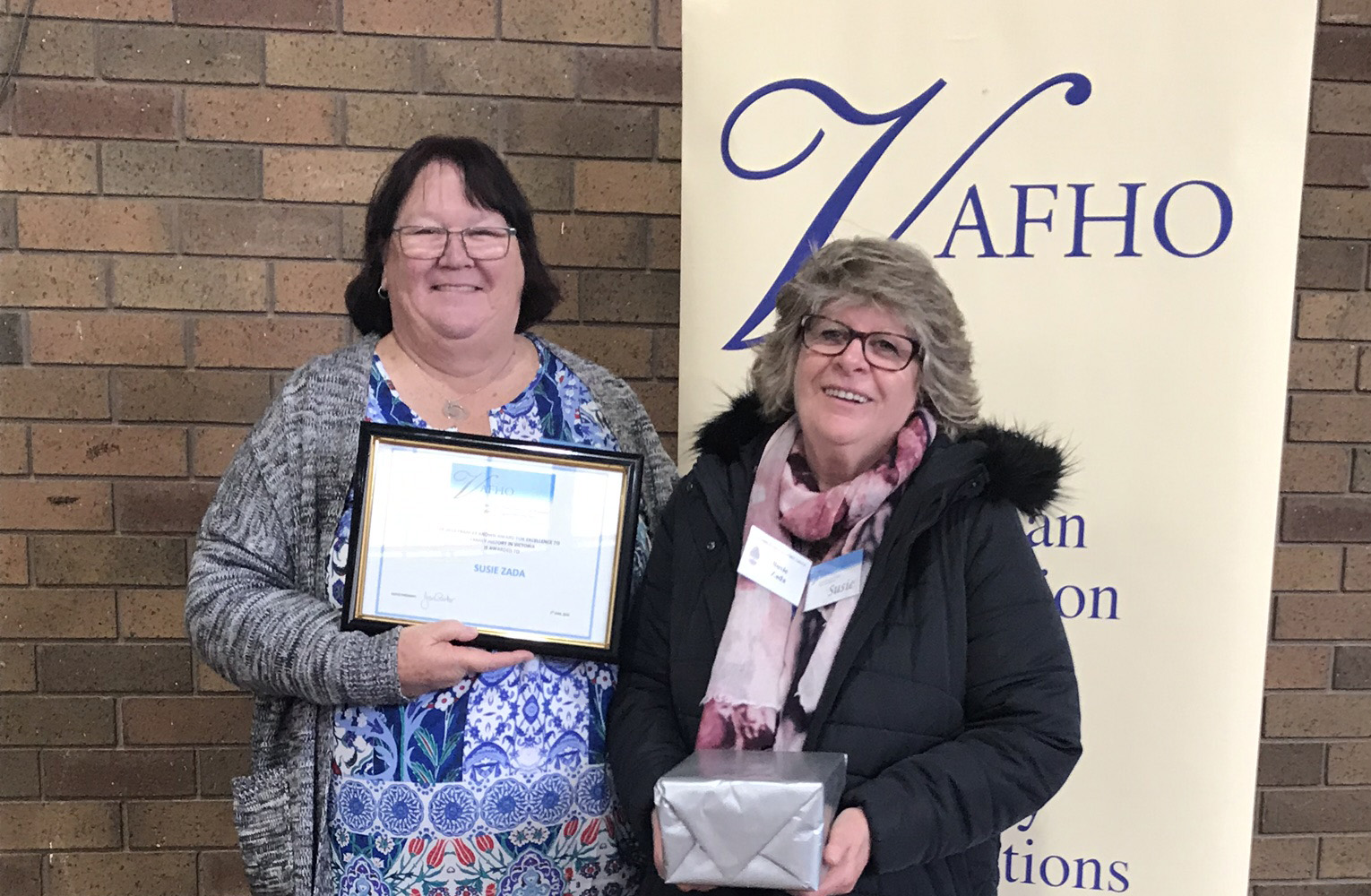 At the VAFHO Expo in Hamilton on Saturday, Susie Zada, from the Geelong Family History Group, was presented with the Association’s Frances Brown Award.

The Award is made by VAFHO to an individual who has made a significant contribution to Family History in Victoria.  The Award is named in recognition of the work of Frances Brown as Genealogy Librarian at the State Library of Victoria, and also in founding VAFHO.

The Geelong Family History Group was pleased to make the nomination in view of Susie’s outstanding contribution to Family History over many years, not only in the Geelong region, but to Victoria generally.  Susie was also nominated by the Genealogical Society of Victoria.